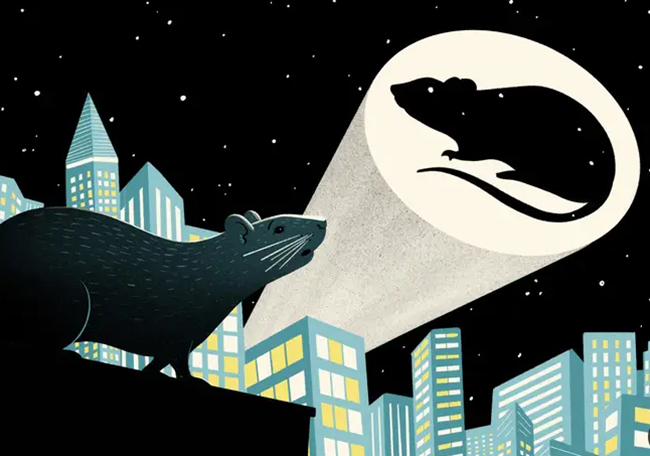 A mound of greasy rat carcasses sat in front of Eric Adams as he described his strategy for ridding the city of its vermin issue in the late summer of 2019.

The then-Borough President of Brooklyn remarked that “many people have accepted having rats in their community.” He goes on to say, “What’s truly holding our city back is the refusal to go outside the box and look at new technology”.

It’s a well-known fact that rats are taking over New York in growing numbers. Rat sighting reports increased by more than two-thirds in 2021 compared to the same period in 2019. According to city records, that pattern has persisted this year, with last month seeing the largest number of rat complaints in April in at least ten years.

The city’s Health Department hasn’t yet returned to full strength, more than two years after the early stages of the epidemic forced a halt to pest control inspections. The agency performed 20% fewer inspections throughout the first four months of this year than it did during the same time in 2019.

Rat eradication attempts in New York City have failed repeatedly throughout the years. The New York Times issued a dire warning in 1865, stating that the city was “quickly earning an awful renown” for breeding more rats than “any other metropolis in the Union.” Guns, birth control, scented garbage bags, and terriers have all been used as forms of defense over the years.

The surge in outdoor dining, which has contributed to the increase in food waste, is to blame for the increase in rat activity, according to a representative for the city’s health department. The representative also stated that the organization was concentrating on increasing enforcement and education while pleading with the city’s property owners to help reduce rat-feeding sources. Officials and rodent mitigation specialists, however, said that the city isn’t doing enough to reduce the rat population despite Adams’ high campaign pledges. For starters, the Adams administration has reduced plans for composting growth, a crucial environmental project that would also lessen on-street rat banquets.

An early epidemic rule that required large residential structures to containerize their garbage has been dropped by the Department of Sanitation. Similar efforts to supply containers to companies that depend on independent carters have likewise failed. It has long been difficult to quantify the rat problem in New York City, let alone solve it. According to one statistical research, the number of above-ground rats is most likely about 2 million. Some estimates place the number closer than 250,000.

Currently, the Council is asking the mayor’s office to increase its existing budget by $22 million in order to increase basket pick-up service to twice daily from once per day and to allocate an extra $5 million for rodent control services.

Recently, it was revealed that Eric Adams is looking to hire someone to deal with the rat issue.

Someone who is “slightly bloodthirsty” and devoted to the “wholesale murder” of vermin to lead the city’s war on rats.

The new position, which will be paid between $120,000 and $170,000 per year and report to the deputy mayor for operations, was formerly known as the director of rodent mitigation. A “swashbuckling attitude, clever humor, and general air of badassery” are among the requirements for the position, along with proficiency in Microsoft Word.

Will this “Rat Czar” be what NYC needs? Positive outcomes are all we can hope for.